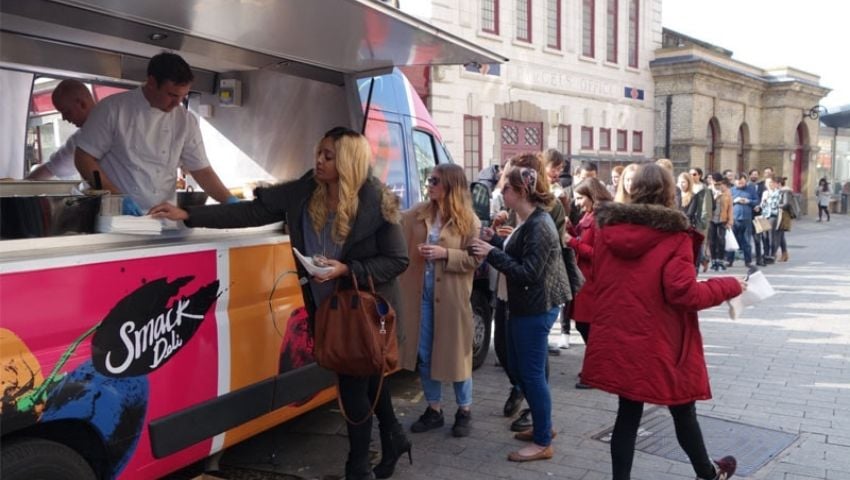 Burger & Lobster has quickly become the toast of gastronomic experts worldwide, with their simple and unique proposition of offering a choice of delicious, premium burger or lobster for £20.

A new Lobster Roll concept was being launched, and Promohire was tasked with delivering a lip-smacking mobile sampling campaign.

How could our client cook up a delicious promotional storm? Enter a catering van with a difference…

Burger & Lobster’s prestigious restaurants have proved so popular in the UK, that they have opened 6 branches in London alone since 2012. With restaurants also in Europe, Dubai and New York they are clearly doing something right.

In October last year, Burger & Lobster opened their sister lobster roll concept… And so it was that the Smack Lobster Roll Deli, a fine dining fast food lobster roll shop, was born in its exclusive Mayfair location.

With a choice of four fillings, all served in a rich, toasted brioche bun, the Smack Lobster Roll Deli has proved a runaway success. To give the people of London a sample of their new Lobster Roll the BLLLT and two new Lobster salads, Burger & Lobster decided to do a “Smack Takeover” - a mobile sampling campaign that allowed would-be customers to have a try!

To deliver this “Smack Takeover” to the hungry crowds, Burger & Lobster approached Promohire for the perfect vehicle. We knew our unique catering van would go down a treat. Our large Citroen Relay’s spacious interior had been converted into a bespoke mobile catering unit, and so there was plenty of space for Burger & Lobster’s chefs to cook up a delicious gourmet promotion for the eagerly waiting consumers. Across key London locations, the public were delighted to be indulged with a free Smack Deli sample.

The smell of delicious cooking food naturally attracted the crowds, but Promohire knows that the cherry on the top is all about creating an eye-catching vehicle to draw people in. The entire van - or to give it it’s campaign name, ‘The Andy Warlob’ - was wrapped in the distinctive Burger and Lobster Smack Deli branding by our dedicated team of Graphic Application Technicians. This ensured that the campaign simply couldn’t be ignored by ravenous passers-by during the lunch time rush!

In fact, Maisie Denning, Burger & Lobster’s Marketing Manager was delighted with the campaign results and the service she received from Promohire:

“Promohire have been a real pleasure to work with, from the early project stages when they welcomed our exec chef team down to work out how we would run the van and deliver what we needed to, through to the morning of our events when they were on hand to help out with any last minute requests!

“The investment in the van has been a real asset to our brand and marketing strategy this year and has enabled us to sign up to a number of external opportunities that would not have been possible previously.” 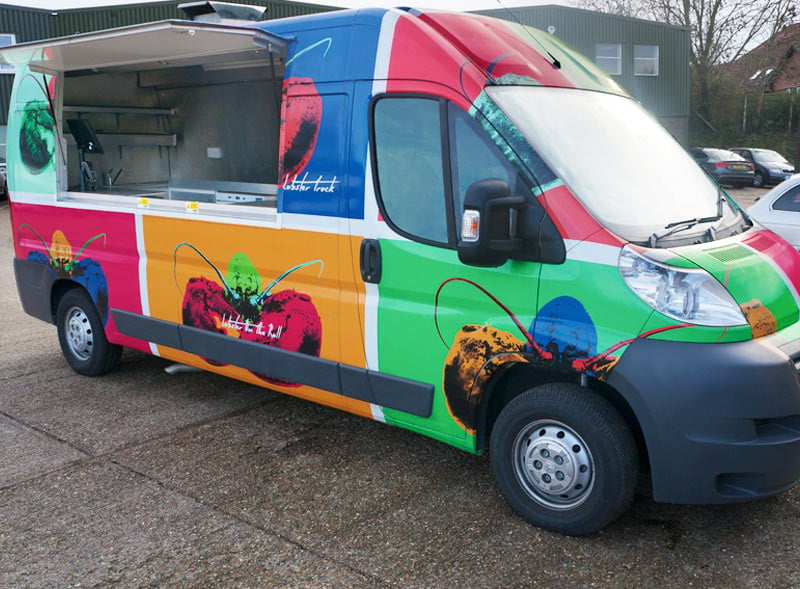 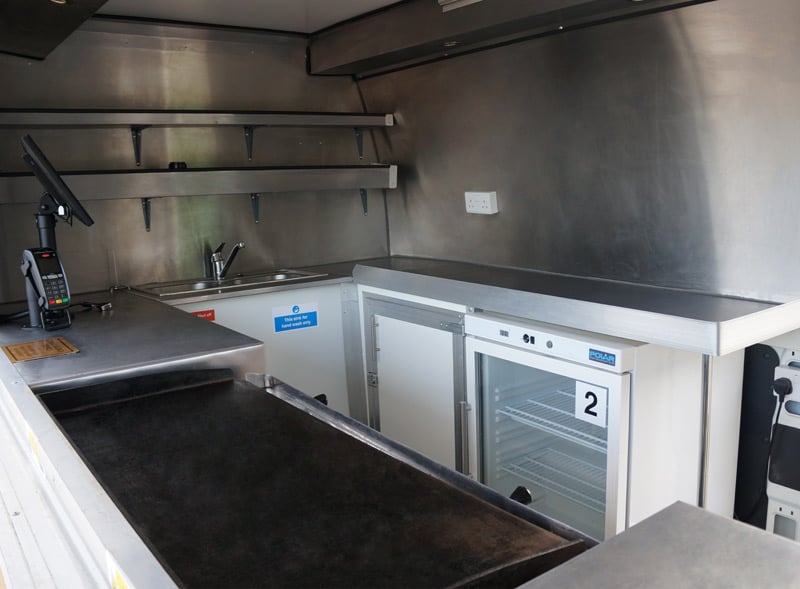 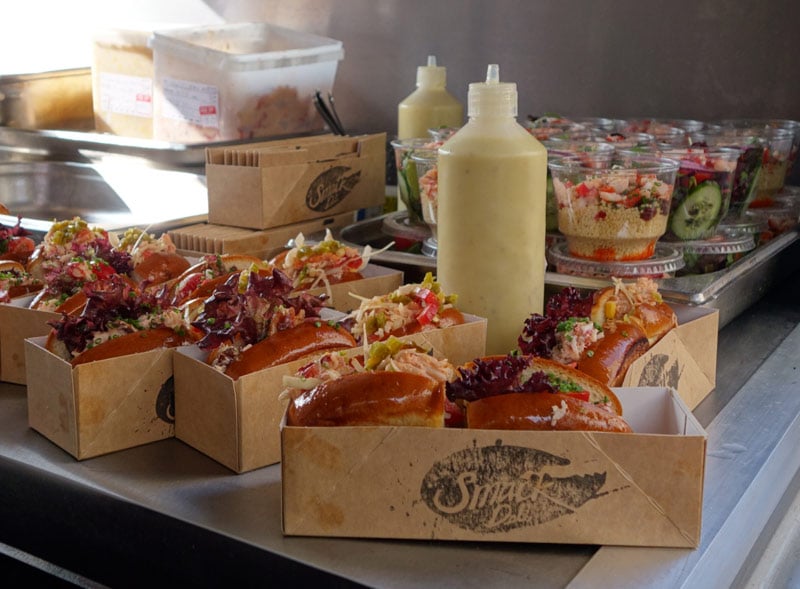 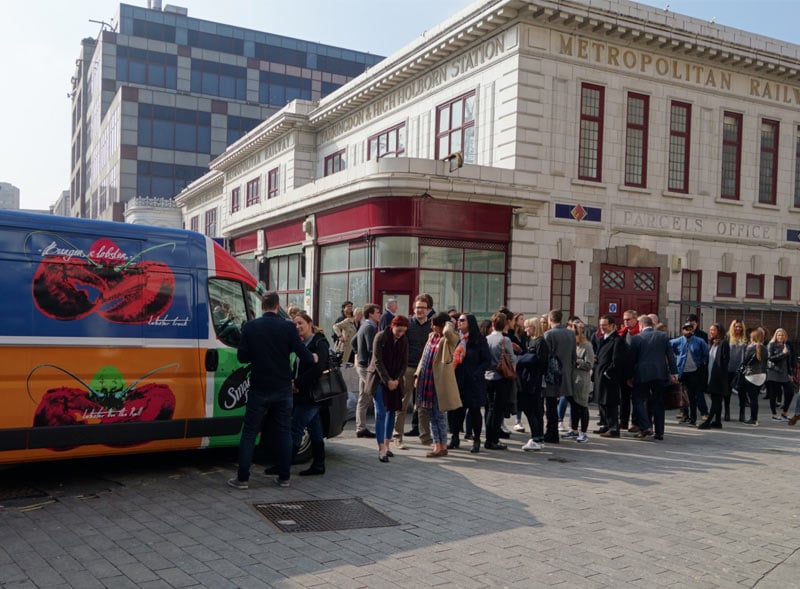 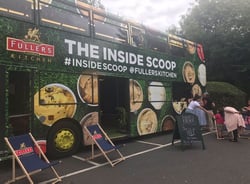 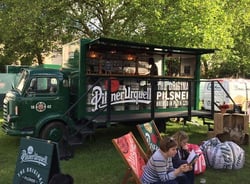 Find out how we helped Pilsner Urquell create a bespoke mobile bar, providing a perfect centrepiece for festivals.