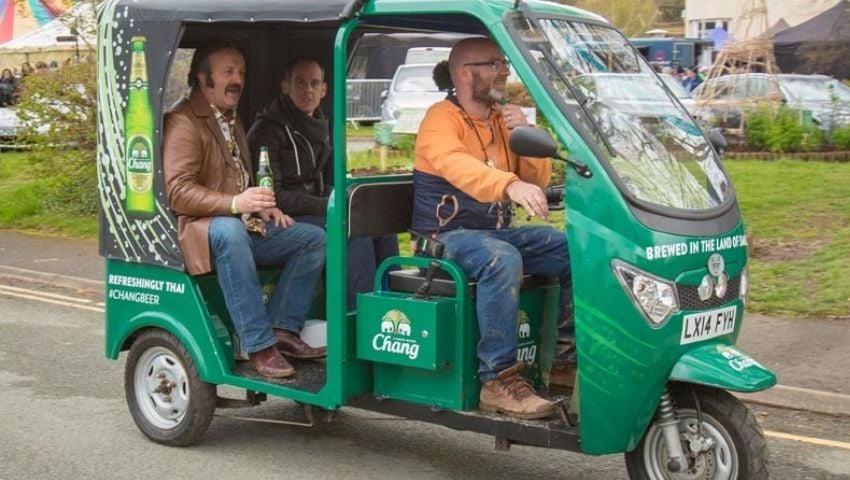 Promohire was thrilled to be approached by AgencyUK – an award-winning creative agency that excels in delivering meaningful brand experiences.

They had a fun packed project in the planning for client Chang Beer, one of Thailand’s most famous brands.

Originating in the “Land of Smiles”, the brand was the perfect sponsor for the high-profile Machynlleth Comedy Festival 2016. Chang Beer is all about bringing people together and creating memories - and with our Tuk Tuk thrown into the mix, the event was certainly one to remember…

The Festival is in its seventh year and showcases some of the best of British Stand-up comedy, all performed in a series of intimate venues throughout the mid-Wales market town of Machynlleth from Friday 29th April - Sunday 1st May (@machcomedyfest).

As the official lager partner, Chang Beer showcased the Chang Bar at the event, which took centre-stage on the lawns of the Owain Glyndwr. On the Saturday night, an exclusive late-night Chang lock-in show took place in the Billiard Room with top comedians performing to a limited number of lucky ticket holders. So how did the Tuk Tuk fit in? Well, not only does it share its roots with Chang Beer, but it was the perfect vehicle to create a stir. The ideal branding platform, our Tuk Tuk helped unleash what the brand stood for and took this message wherever it travelled.

Promohire worked with AgencyUK to design the wrap for the Tuk Tuk. Although this vehicle is on the smaller side, there was ample opportunity to dress it with Chang Beer’s unmistakable branding for maximum impact - inside and out. Just add the event comedians as it toured Machynlleth, and its personality grew larger still!

The agency was keen to attract attention for the brand and get as many people as possible along to the Chang bar at the Festival for a refreshingly Thai experience. The Tuk Tuk supported the buzz on social media in raising awareness, and fans were invited to post photos of themselves at the event #ChangBeer. The Chang Beer Tuk Tuk did not go unnoticed, and even AgencyUK’s MD couldn't resist giving it a whirl. In fact, neither could the comedians! (See gallery below)

All in all, the Tuk Tuk certainly got everyone smiling. Samantha Ricketts, Account Director at AgencyUK commented

“The team were fantastic to work with from day one. They fulfilled the brief to expectations and were very accommodating with our requirements.

The Tuk Tuk was a wonderful addition to our activity. It looked fantastic and captured everyone's attention. We were so happy with it we have already booked it for use again in a few weeks!” 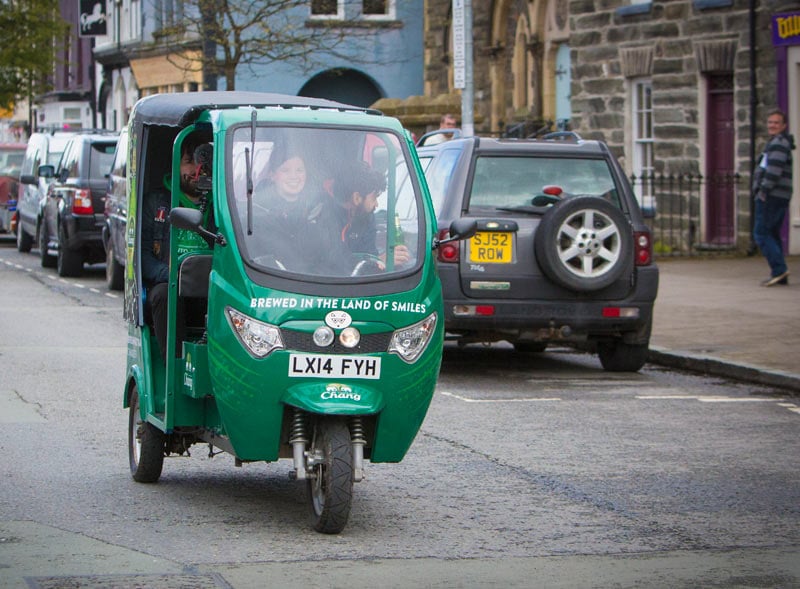 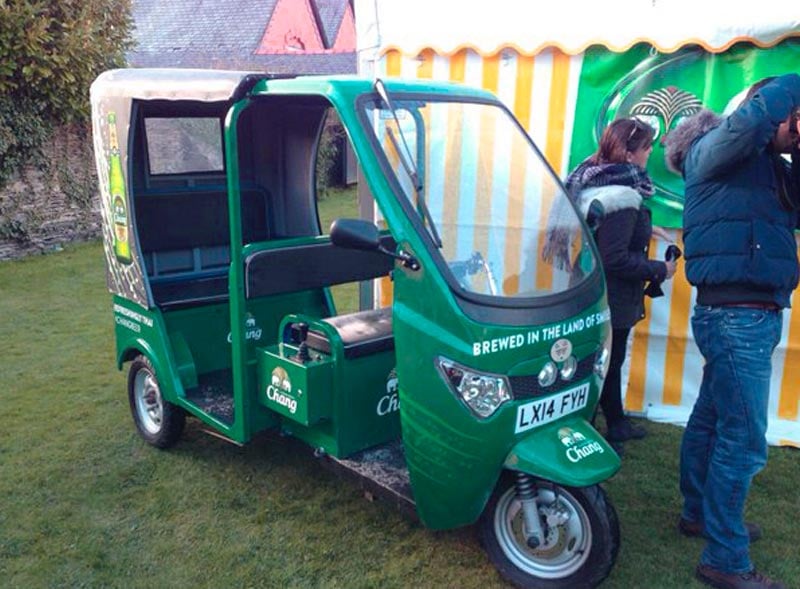 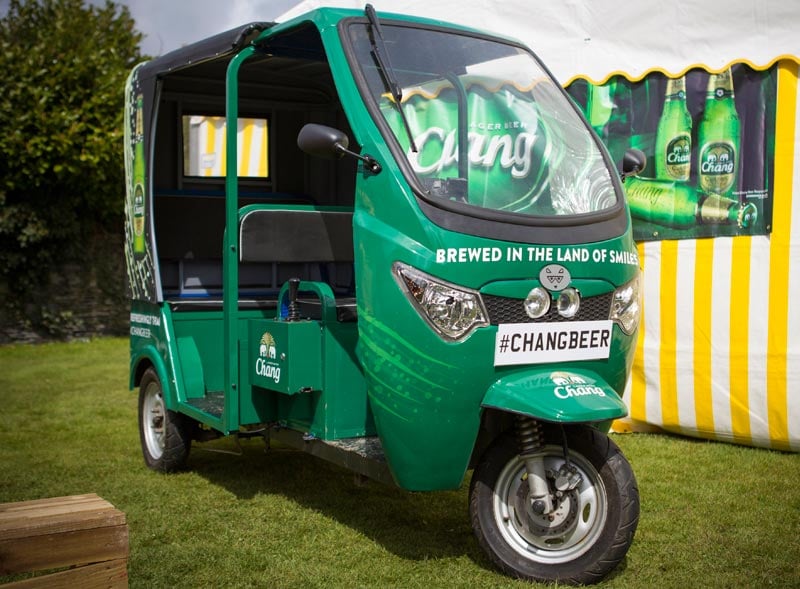 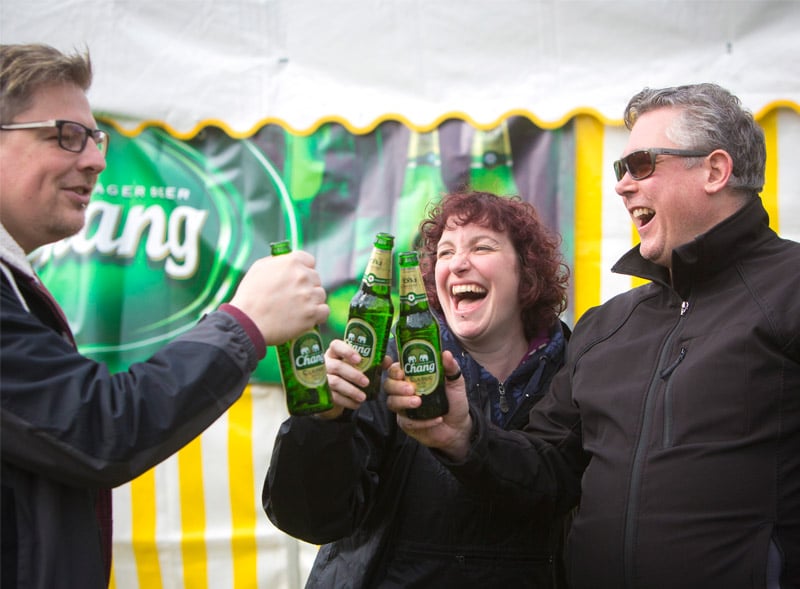 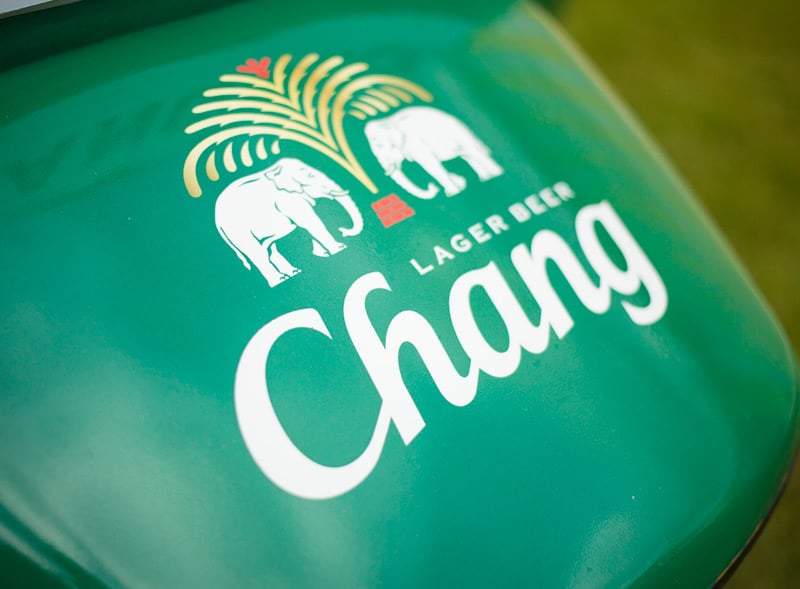 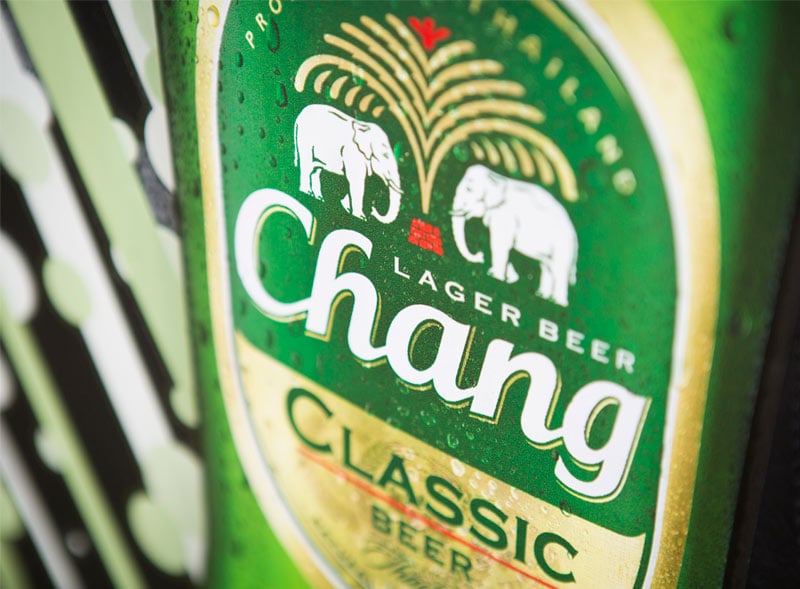 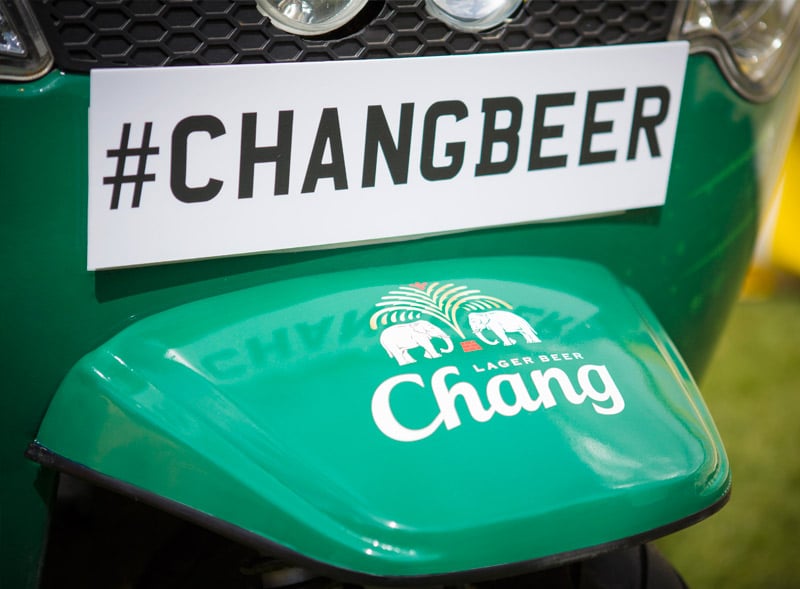 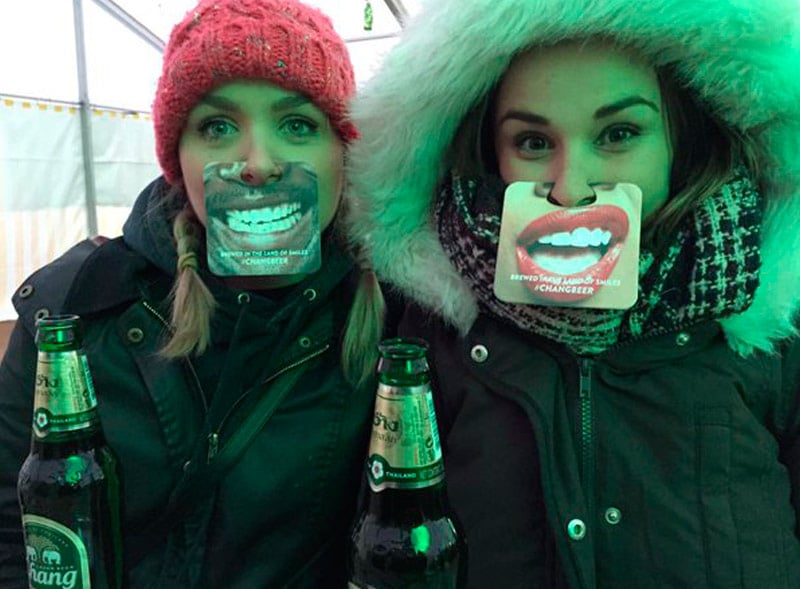 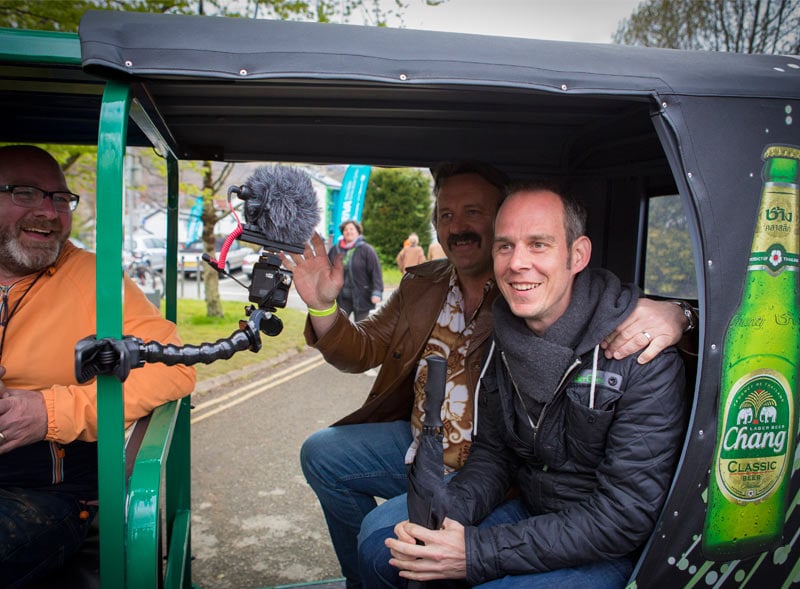 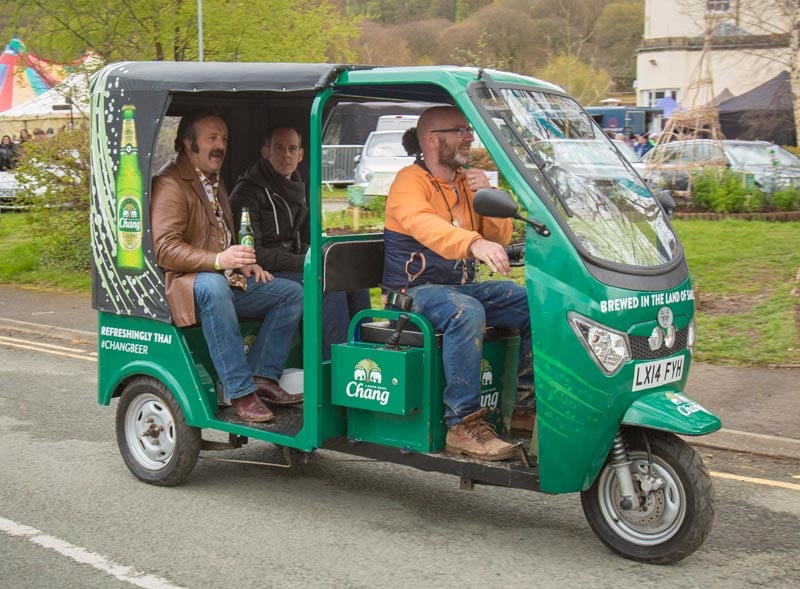 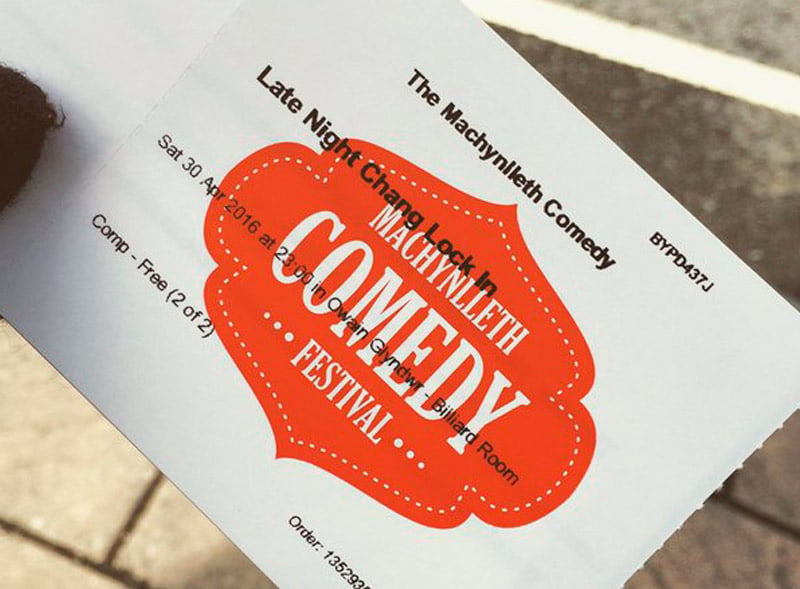 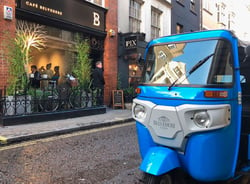 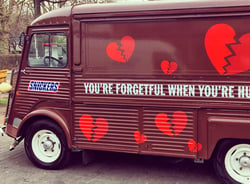 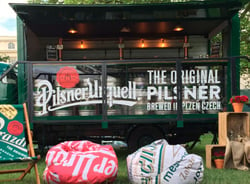 Discover how we helped Pilsner Urquell create a mobile bar, providing a perfect centrepiece for festivals.